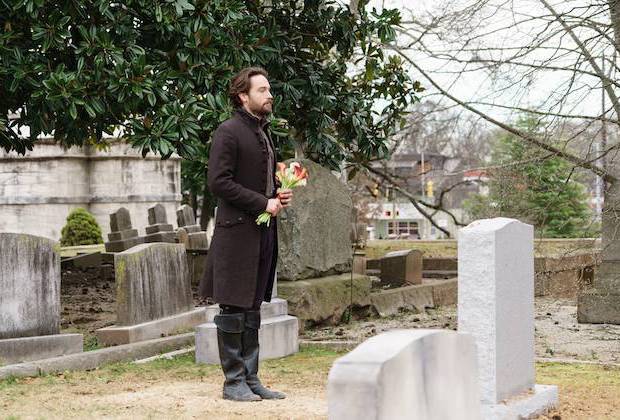 FOX’s Sleepy Hollow has been an entertaining diversion for me for three seasons. The show – about a Revolutionary War solider appearing in present day America to battle demons – has filled a niche missing since The X-Files and Fringe went off the air.

Essentially a supernatural police procedural,  I found the historical aspects of the show intriguing. It tickled me to see how the writers worked in American history to explore the idea that the nation’s founding fathers were battling demons and the British during the birth of our nation. And, of course, there was the Headless Horseman.

Tom Mison was excellent in his performance in the role of Ichabod Crane. He and Nicole Beharie (Abigail Mills) had tremendous on-screen chemistry. Even when the writing was sub par, their acting chops carried the show.

Season three has been a bit uneven and audience has dwindled since the first season. The last two episodes of season were a downer. Both contained major character deaths. In the series finale, Mills died, leaving Crane to face new challenges alone. I barely recognized the show from the finale. Too many threads were trying to be resolved in 42 minutes.  Supporting characters barely got a chance to say bye.

It is doubtful that the series will get renewed.  After watching the season 3 finale, that may be for the best.

Imagine if The X-Files killed off Scully?

Still, if Hollow does get renewed I will turn in just to see Mison’s performance and how his character moves forward. For those that have not seen the series, I urge you to give it a shot even though you might be disappointed at the end.

These days, there’s not many supernatural scientific procedurals left. Perhaps I should catch up on Grimm…