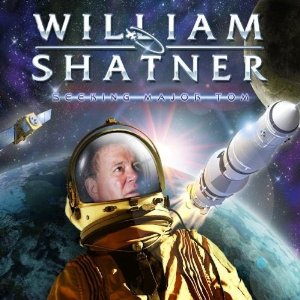 William Shatner’s third studio album – Seeking Major Tom – has nowhere near the emotional resonance of his last album Has Been, but it is a fun listen.

The concept album shines with arrangements of space-themed covers, including David Bowie’s Space Oddity and Elton John’s Rocket Man. Adding polish to the album is a slew of guest artists, from Cheryl Crow and Lyle Lovett to Peter Frampton. Shatner can chew the scenery and the microphone, but the musical talent backing him up prevents the album from hitting the Moon with a thud.

Favorite tracks of mine include covers of U2’s In A Little While with Lyle Lovett and Pink Floyd’s Learning to Fly with Edgar Froese (Tangerine Dream). The album’s only original track, Struggle, is perhaps the most genuine artistic work in the lineup and packs an emotional wallop.

If not a fan of Shatner or spoken word genre, I’d recommend passing on this launch. Otherwise, strap yourself in for an entertaining ride.